Veterans’ needs are unique when it comes to substance use and co-occurring mental health disorders. This is due to the possibility of traumatic experiences like heavy combat, deployments, injuries incurred while serving, and even sexual assault within the U.S. military. As one may expect, a range of mental substance use and attendant mental health disorders can develop in the wake of these experiences, creating a dire need for veteran addiction assistance.

Yes, the U.S. Department of Veterans Affairs exists to serve this population. However, many organizations in the private sector have stepped up to offer rehab to veterans. Ocean Hills Recovery in Laguna Niguel, California is one organization offering addiction assistance and rehab for veterans. Few military service members risk using illicit drugs while serving, as it can result in a dishonorable discharge. However, heavy drinking remains an unspoken part of the military culture which can extend into civilian life. The chances of this carryover happening tend to spike when a mental health disorder like depression, anxiety, or PTSD develops, and there exists a tendency to self-medicate with alcohol.

Even though the opioid epidemic has taken hold to a lesser degree among those with military backgrounds than within the civilian population, opioid addiction in the military has risen in recent years. After all, many veterans are treated with powerful painkillers for injuries like back pain, tinnitus, and nerve damage. Over time, someone can develop an addiction to these painkillers.

In the 2019 National Survey on Drug Use and Health (NSDUH) for veterans with substance abuse, there were 595,000 veterans who abused opioids, amounting to nearly 3% of the U.S. population. Among these veterans, 273,000 had Hydrocodone prescriptions and 222,000 had Oxycodone prescriptions.

Veterans face a higher risk of substance use and mental health disorders than those in the general population. They also face unique barriers to accessing necessary treatment. These barriers include the requirement they receive which include an honorable or general discharge to access VA medical benefits.

Some of the more common co-occurring disorders among veterans are:

Depression is one of the most common mental health disorders in the United States. Known alternatively as major depressive disorder or clinical depression, depression causes symptoms that affect how one thinks and copes with everyday life.

Depression comes from a combination of genetic, environmental, and psychological factors. This includes the long-term abuse of alcohol or other mind-altering substances.

Risk factors of depression include a family history of depression, illness, and stress as well as major life changes or trauma. Even in severe cases, however, depression can be treated with medication, psychotherapy, alternative therapy, or some combination of the three.

Anxiety is characterized by strong feelings of dread, fear, and apprehension. It may cause physical symptoms such as sweating, restlessness and tension, and rapid heartbeat.

Of course, anxiety can serve as a normal reaction to stress, helping a person to focus on or cope with an issue important to them. For example, one might feel anxious when faced with a difficult problem at work or before taking an exam.

However, anxiety disorders do not go away once one changes their circumstances. In fact, an anxiety disorder tends to worsen over time if left unaddressed. Also, the anxiety involved can feel ungovernable. This is why bouts of extreme anxiety are commonly known as “anxiety attacks.”

Formerly known as manic-depression, bipolar disorder can cause drastic changes in mood, energy, and activity levels, creating difficulties in managing daily functions. A person diagnosed with bipolar disorder might one day be positive, functional, and happy.

Then on the next day, they cannot get out of bed. There are three types of bipolar disorder: Bipolar I, Bipolar II, and Cyclothymic Disorder. What distinguishes these types from each other is the severity and frequency of the “ups” and “downs.”

When someone experiences a traumatic event—such as combat, sexual assault, physical or psychological abuse, natural disaster, or another act of violence—their perception of certain situations can change. In some cases, a person will relive the traumatic event, either in dreams or from various “triggers,” such as a loud noise. 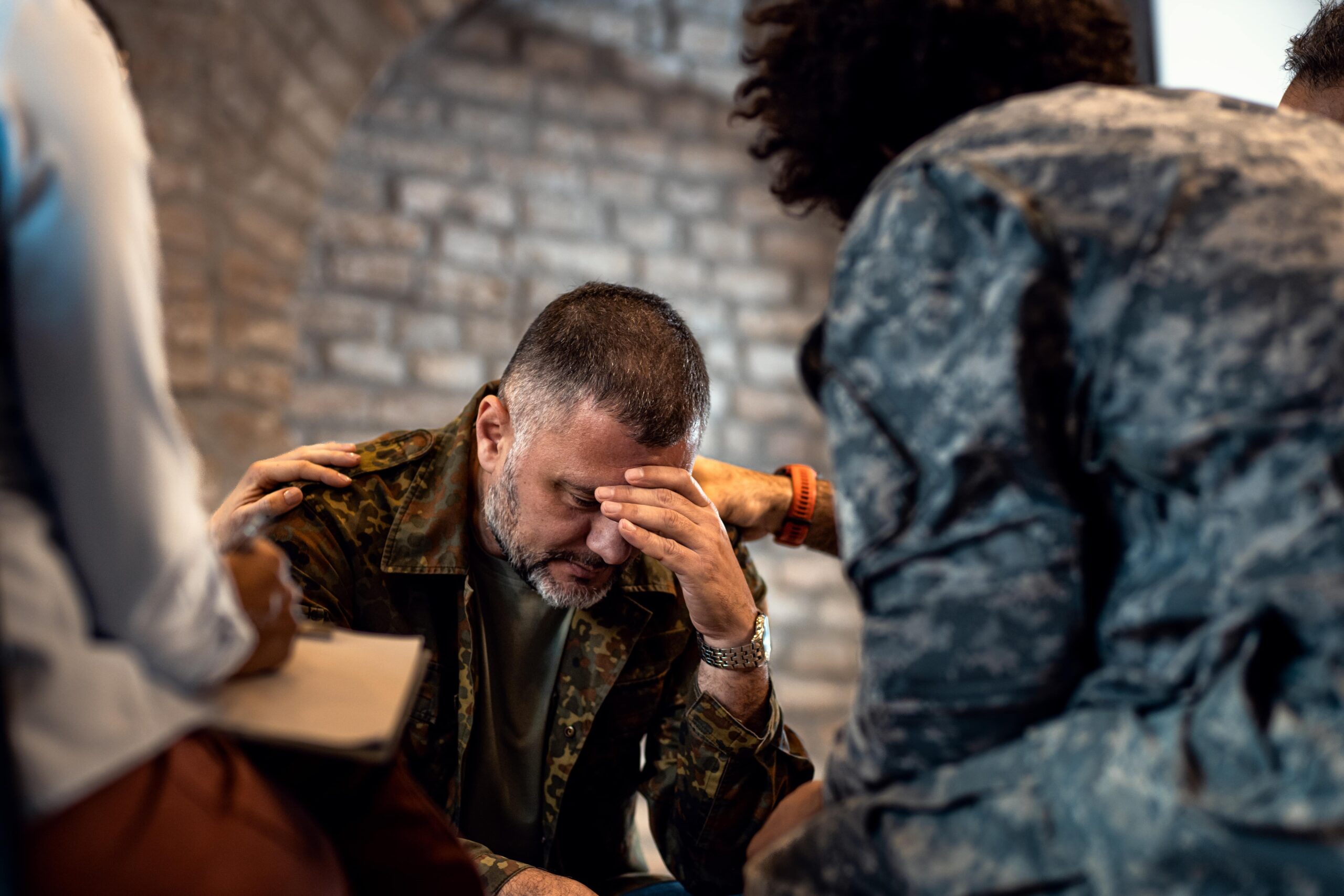 Another symptom of trauma can be avoidance. This occurs when one withdraws from people, places, or activities that remind them of the traumatic event. Shame, embarrassment, and self-loathing often coexist alongside other common trauma symptoms. There are three general categories of trauma:

Post-traumatic stress disorder, or PTSD for short, affects roughly 8 million adults in the U.S. Unfortunately, it is especially common among veterans, although PTSD also affects non-veterans. TRICARE is the U.S. military’s healthcare program. While it maintains its own providers and facilities, it functions as government-managed, single-payer health insurance. All TRICARE-eligible beneficiaries have access to mental health and substance use disorder benefits. However, how one receives care may depend on their specific health plan.

For those seeking treatment for substance use disorder, TRICARE for rehab services covers the following:

TRICARE beneficiaries contact their regional contractor to find out if a therapist or counselor requires a physician’s referral before obtaining their services. For more information about the cost of mental health and addiction help for veterans with TRICARE coverage, check out TRICARE’s Compare Cost Tool.

If you are experiencing symptoms of alcohol use disorder or substance use disorder, reach out to Ocean Hills Recovery today. Our team of physicians and mental health professionals boast deep experience in veterans’ substance abuse programs.

Contact us today to begin your journey to lifelong wellness.